Fela releases Underground System, which will be the final album of newly recorded studio material to be issued during his lifetime. The album is inspired in part by the 1987 assassination of Fela’s friend, Burkina Faso’s revolutionary president, Thomas Sankara. It is internationally acclaimed as among Fela’s best-ever releases and shows Fela still experimenting with and developing his music. 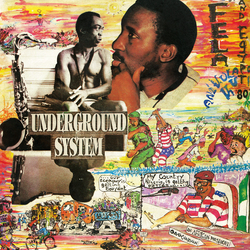