On January 11, Fela’s son Oluseun Anikulapo-Kuti (Seun) is born. Fela spends the first half of the year performing mainly at the Shrine and preparing for a lengthy European tour. This begins later in the year. It includes Fela’s first appearance at Britain’s Glastonbury Festival. On the tour, which features a 30-piece ensemble of musicians, back-up vocalists and dancers, Professor Hindu appears as the warm-up act. The album Perambulator, a classic Afrika 70 set recorded just before the February 1977 destruction of Kalakuta Republic and lost in the aftermath, finally gets released (credited to Egypt 80). 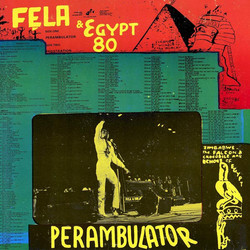 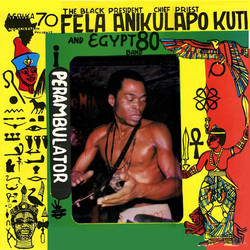