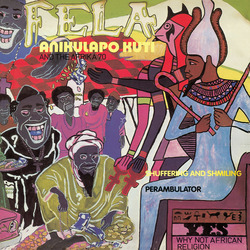 Shuffering & Shmiling
On the title track, Fela sings about the toxic impact of invader-imposed Islam and Christianity on Nigeria. Having helped enslave Nigerians during the colonial era, Kuti observes, in the post-colonial era the two religions are equally guilty of undermining respect for African social and spiritual values, encouraging a national cultural-inferiority complex, fomenting regional strife and facilitating the state-sponsored theft of the country’s natural resources. “Put your minds into any goddam church or any goddam mosque,” sings Fela, and you’ll be told to “suffer suffer for earth, enjoy for heaven.” Meanwhile, observes Fela, the bishops and imams look the other way while their brothers-in-religion exploit the country, and grow fat on kickbacks. Originally released by Coconut. 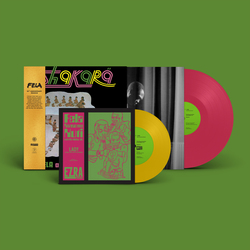 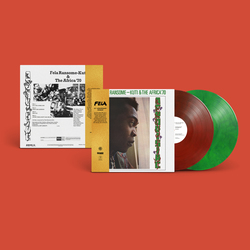