Baritone saxophonist Lekan Animashaun (later a key member of Afrika 70 and Egypt 80) joins the Fela Ransome-Kuti Quintet. Fela is fired from NBC, who are unhappy with his sidelining of highlife in favour of jazz, a minority taste in Nigeria. A few months later, Fela bows to commercial pressure and disbands the Quintet to form a second edition of Koola Lobitos, this one playing what he calls “highlife jazz.” The group records six tracks for the Voice of America radio station, but the session (the tapes of which were unearthed by Martin Perna, co-founder of the US Afrobeat ensemble Antibalas) has yet to be released. 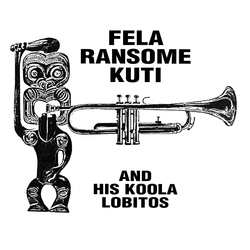